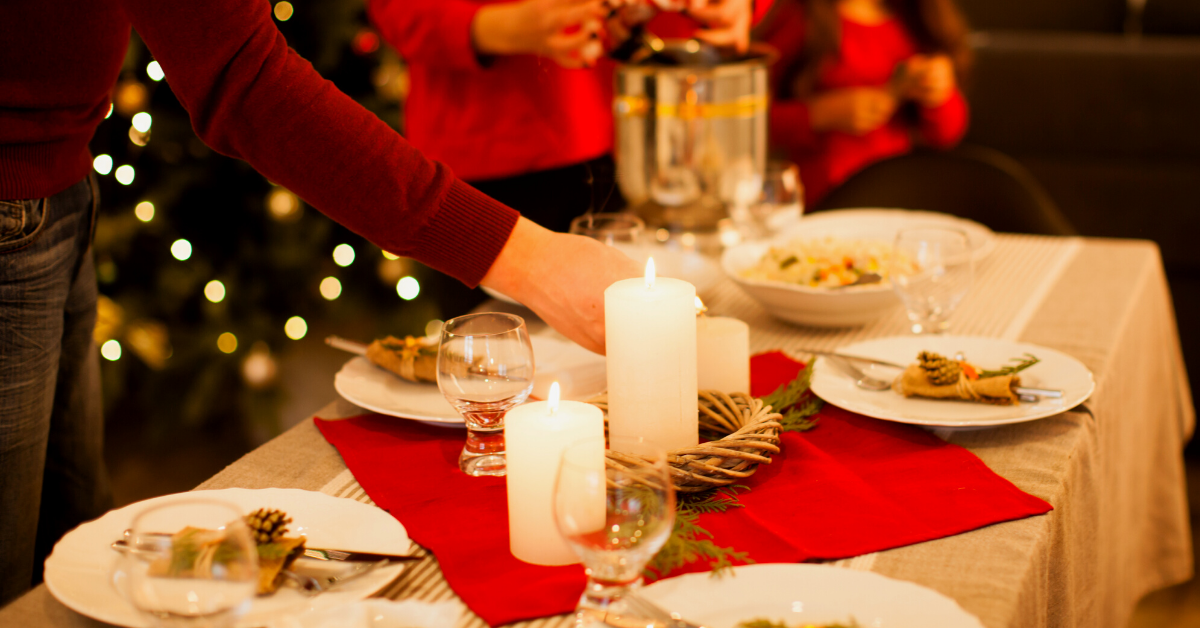 The day before a holiday isnt often considered a holiday itself. But when it comes to Christmas and New Years, revelers seem determined to make the most of the celebrations.

When you look at Christmas traditions around the world, it seems as if one day just isnt enough. Its almost as if we cant bear to wait: We simply have to introduce eve celebrations! Isnt that wonderful?

The myriad Christmas Eve traditions around the world are both numerous and varied.

There are tons of Christmas Eve dinner traditions. Many of the religious Christmas Eve traditions around the world are also recognized as Christmas Day events, because they last past midnight and well into the morning.

Some traditions on Christmas Eve are fairly ubiquitous, such as the midnight mass service. Other Xmas Eve traditionssuch as giving apples or surfingare unique to certain regions, countries, or hemispheres.

For those of us who are jingling the bells to get moving with the holiday celebrations, here are some fascinating ways to go international and start the revelry as soon as possible.

1. The Ethiopian Orthodox Church uses a different calendar than most of Europe and North America.

2. The traditional Christmas Eve activity in Chinaone of manycountries that dont celebrate Christmas usuallyis to give each other apples.

Some say that the Chinese tradition is based on a common misconception that that is what Americans do. Others compare the word for Christmas Eve (ping an ye) to the word for apple (ping guo),and say thats the reason the Chinese give their loved ones apples on December 24th.

3. Christmas Eve food traditions vary greatly depending on where you are. In the Philippines, a huge feast is served on Christmas Eve after midnight mass (so technically not Christmas Eve, but not exactly Christmas Day either.)

The menu includes roasted pig, roasted chicken, queso de bola (a special cheese), ham, and a local take on meatloaf. There is also a fruit salad.

4. Though Western Christian traditions tend to associate fasting with Lent and Easter, the lead-up to Christmas Day is often a time of fasting in other parts of the world.

Armenians do this for a week leading up to Christmas Eve, during which time they only eat vegetarian meals during the day. Then, on Christmas Eve, families will gather for a big meal to break their fast.

5. Though Australians and New Zealanders do love Christmas, they have a completely different list of things to do on Christmas Eve.

While Christmas in the US, Canada, and Europe is generally associated with snowmen, sledding, reindeer, and such, December is summertime in the southern hemisphere.

So Aussies and Kiwis tend to go camping and/or to the beach. Swimming, surfing, and other water-based activities are what folks tend to do for Christmas there.

6. Christmas Eve in Spain is referred to as Nochebuena (Good night), and it is probably more widely celebrated there than Christmas Day.

Nochebuena is chocked full of Christmas Eve tradition for families, with the main one being a huge dinner with many courses. It can last for seemingly endless hours!

After the feast, families usually go to midnight mass and/or enjoy Christmas carols.

7. In Norway, Christmas Eve is believed to be when witches and evil spirits arrive. So a common Norwegian Christmas Eve custom is hiding all the brooms before going to sleep.

Without the brooms, witches wont be able to take to the skies. Guess that makes it easier for Santa Clausto fly!

8. Prior to the Christmas Eve meal in Poland, family and friends eat pieces from a common oplatek and wish each other good fortune and happiness.

Oplatek is Polish for Christmas wafer, and sharing an oplatek is a most beloved Christmas Eve tradition in Poland.

Sometimes the oplatek of this Polish Christmas Eve tradition is plain, but they can be also decorated with detailed religious scenes.

Deeply tied to the Catholic Church, the traditional Italian Christmas Eve dinner is the feast of seven fishes. The number seven represents the seven days of creation, the seven sacraments, and the seven deadly sins.

The fish aspect of the dish is tied to the avoidance of meat and dairy on the eve of many holidays.

In reality, this tradition is but one of many food-based Christmas Eve Italian traditions. Due to the biodiversity and variance of Italys landscapes, different regions have different meals.

10. Iceland is steeped in literature. Per capita, Iceland has the most writers, books published, and books readof any nation in the world. So it should come as no surprise that the most esteemed of Icelands Christmas Eve traditions is the Yule Book Flood.

The Jolabokaflod is the Icelandic tradition of giving a book on Christmas Eve and spending the evening reading it. Throw in some chocolate or hot cocoa, and wed consider that an evening well spent!

11. In Ireland, Christmas Eve celebrations are noted with a single red candle burning in the front window of the house. This is a symbol of welcoming for those who pass, particularly Mary and Joseph.

Traditionally, the candle is lit by a daughter named Mary or, if one of those isnt available, by the youngest girl in the house.

12. Have you ever heard of hiding the Christmas pickle?

There are many stories as to how this funny German Christmas Eve tradition began, though none of them have been authenticated by historians.

13. Like many Orthodox Christians, Ukrainians follow the Julian calendar and therefore celebrate Christmas in early January rather than December.

Ukrainian Christmas Eve traditions center on an enormous feast so large that only snacking is permitted throughout the day.

The meal can consist of as many as 12 or 13 courses to represent the apostles of Jesus. Before anything is eaten, blessed bread is brokenand shared, then dipped in honey, moving from the eldest to the youngest.

14. In Denmark, Christmas Eve celebrations involve dancing and singing. The Danes often move the Christmas tree into the center of the room and hold hands while dancing around it and singing Christmas songs.

Another, more popular dessert addition has since been added. The Bche de Noel, or yule log, is a cake in honor of the actual (wooden) yule log that was traditionally burned on Christmas Eve night.

16.As a child, my most beloved Christmas Eve tradition in Americawas setting out milk and cookies for Santa to enjoy while he was delivering presents.

Real purists may include baking fresh cookies for Santa, but I cant remember having ever done that. Nevertheless, nary did a Christmas Eve pass without considering old Kris Kringles sweet tooth.

My wife Emma, who grew up in theUK, would leave out mince pies and sherry for Father Christmas. In hindsight, this sounds even more fun, and might be one of the best Christmas Eve ideas for adults!

17. One Mexican Christmas Eve tradition that is increasingly found north of the border is Posadas. The events begin nine days before Christmas, and culminate on the 24th of December.

Posadas are tied to the story of Mary and Joseph seeking a room when the arrival of baby Jesus was imminent.

Guests to posada (shelter) parties reenact the event by splitting into two groups, with one group seeking shelter and the other acting as innkeepers.

The groups sing songs back and forest until the outside group is allowed in. Theyre soon served a meal of tamales, buuelos (a doughnut dipped in cinnamon), atole (a hot corn drink, possibly flavored with chocolate or vanilla), and ponche(a punch thats somewhat similar in flavor to mulled wine).

18. Nothing says fun quite like opening your Christmas presents a little early. So kudos to Canada!

The Canadian Christmas Eve gift tradition changes by household, whether its all the presents or some. But its standard practice to open at least one present on Christmas Eve.

Of course Canada isnt the only country to do this, but it is a very prominent holiday tradition there.

19. Having a large family feast on Christmas Eve is a common custom in Brazil, but it doesnt kick off until really late. In fact, Christmas Eve dinner there usually doesnt start until about 10pm!

Common holiday fare in Brazil includes a Chester (a busty chicken), which is cooked in pineapple sauce.Lots of cold dishes accompany the bird, and international dishes like Italian panettone might show up as dessert.

20. Attending a church service on Christmas Eve might seem like a rather pedestrian holiday tradition, but not the way the Venezuelans do it!

How about roller skating to church in the morning? Residents of Caracas have a time-honored custom of skating to Christmas Eve mass.

In fact, the local tradition is so engrained that the city government closes the streets to traffic so that families can skate to church safely. Jonathan Engels; lead photo via Canva

Where to Sell Used Cameras and Photography Gear