[Updated 12/2/2022] Lebkuchen, a.k.a German Gingerbread, are traditional Christmas Cookies that has been around for centuries.

It was originally invented bymonks inFranconia,Germanyin the late 1200s, but has evolved over the last 800+ years into numerous variations.

Heres a look at the origins of these beloved German Christmas cookies, as well as a simple Lebkuchen recipe courtesy of Chef Mirko Peters, the Executive Chef of the Uniworld Boutique River Cruise Collection.

Lebkuchen is a traditional German Christmas cookie dating back to the 13th century. The treat was invented by monks in Germany, with professional bakers recorded making the Christmas dessert as early as 1296 in Ulm and 1395 in Nuremberg.

Nuremberg quickly became the most famous exporter of the German ginger cookies, which soon garnered the name Nrnberger lebkuchen.

In those days, Nuremberg sat at the crossroads of major trade routes. So the city could easily import spices that were needed for the recipe and couldnt be found locally.

The forest that surrounded the city, which was often called the Emperors Bee Garden, also proved important. The various brightly colored flowers there attracted bees, which in turn produced honey (the only sweetener that existed at that time).

The Lebkuchen cookie gained widespread recognition in 1487. Emperor Fredrich III held a general assembly in Nuremberg, inviting nearly 4,000 children from across the city to attend.

At the special event, he presented the children with German Christmas cookies that were decorated with his own portrait.

In order to officially recognize the profession and create specific guidelines that had to be followed in order to sell the cookies, Nuremberg went on the create the League of Lebkuchen Bakers in 1643.

Ever since then, Lebkuchen cookies have remained a popular German Christmas delicacy. They have become a common Christmas cookie tradition, not just in Germany but in many other European and North American countries as well.

READ MORE:The 20 Best Places to Spend Christmas in the USA

Since their creation, Lebkuchen have been baked and prepared in a variety of ways, differing in shape, flavor, and style of presentation.

The most well-known type is Nrnberger lebkuchen. Recognized for their soft texture, they include marzipan as a main ingredient, and have remained fairly true to the original recipe that was created in Nuremberg in 1395.

One popular variation of Nrnberger lebkuchen is kaiserlein, which are just lebkuchen that have an imprinted or drawn picture on them for decoration.

Lebkuchenherzen is harder and crunchier than other types of lebkuchen.

Theyre typically made in the shape of a heart, with delicate icing detailing on the top.

This variation gained popularity after becoming a staple at Oktoberfest, and are often delivered with loving or funny messages. 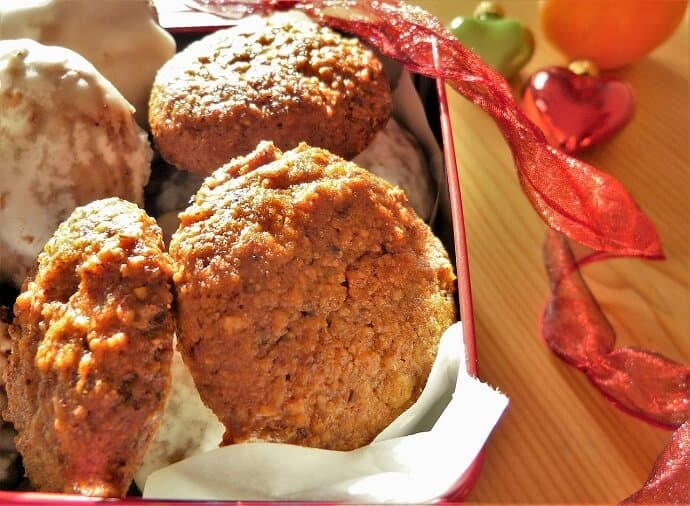 Elisen Lebkuchen are widely considered to be the highest quality of lebkuchen available.

It is generally required that they have at least 25% almonds, hazelnuts, and/or walnuts in the recipe, as well as no more than 10% flour.

Other Types of Lebkuchen

Braune lebkuchen (brown gingerbread) is baked with honey, and the dough is usually shaped into a mold.

Once baked, they are usually coated in a glaze mixture or dipped in chocolate.

Weisse lebkuchen (white gingerbread) use a large amount of egg whites in the dough giving them a lighter appearance once cooked. They are commonly decorated with almonds and orange or lemon peels.

This traditional Lebkuchen recipe comes to us courtesy of Chef Mirko Peters, the Executive Chef of the Uniworld Boutique River Cruise Collection.

Try decorating them with white, green, and red frosting for an especially festive holiday treat!

READ MORE:The History & Names for Santa Claus Around the World 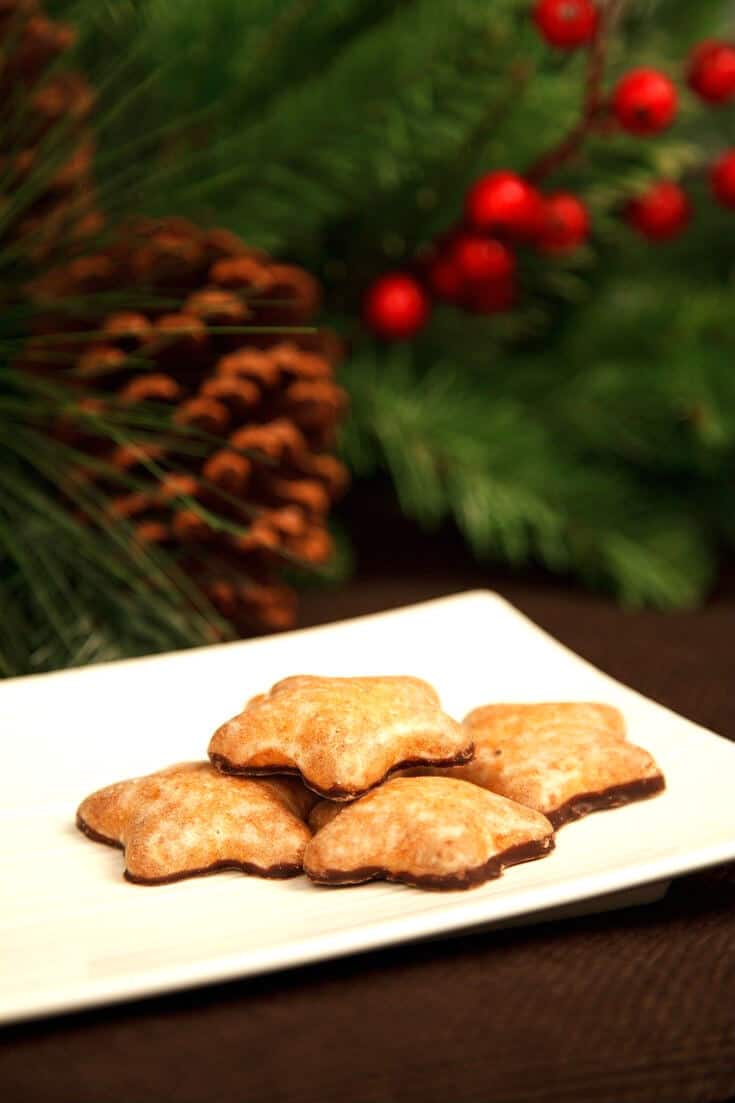 What is on the bottom of Lebkuchen?

The thin, paper-like wafer on the bottom of lebkuchen is called an Oblaten. It was originally used by monks as a means to prevent the dough from sticking.

It is made out of flour, so it is completely edible. But if you prefer, it can be peeled off of the cookie before eating.

The taste of lebkuchen varies slightly from spicy to sweet based on the type and individual recipe used to make the German gingerbread.

In general the cookie has a lightly nutty taste, with just the right amount of spice peaking through to make them flavorful.

It is generally a fairly chewy dessert, with a cake-like texture inside and a slight crunch on the outside.

What is the difference between Pfeffernuse and Lebkuchen?

Pfeffernuse and lebkuchen are both German Christmas cookies that include similar main ingredients, like flour, honey, and a blend of various spices to add flavor.

The main difference between the two traditional foods is that lebkuchen is made with nuts, while pfeffernusse is not.

Pfeffernusse also have a dome shape, whereas lebkuchen tend to be flatter.

What is Lebkuchen Allerlei?

Lebkuchen Allerlei is a variation of braune (brown) lebkuchen.

They have a light and cakey texture, and tend to be heavily spiced.

Once baked, they can be served plain, glazed, or covered in chocolate. They usually tend to be served in an assorted variety. by Christina Maggitas; lead photo via Pixabay

Best Food Gifts From Around the World

The 15 Best National Parks in the World for Wildlife Watching

KHL Clothing {For The Great Outdoors}

Benefits Of Travel Blogging {Starting Your Own}