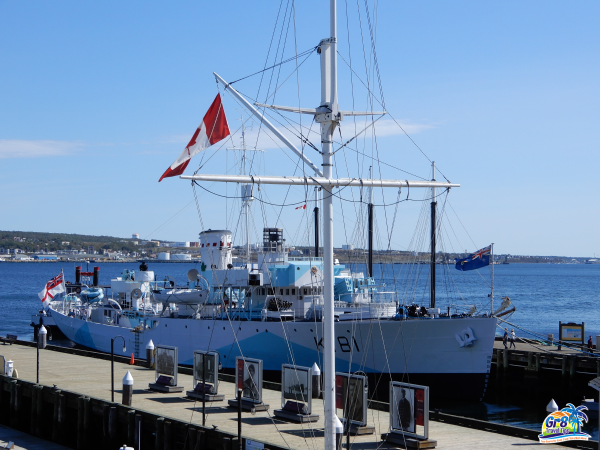 On our visit to Halifax, Nova Scotia a short while ago, I was delighted to see the HMCS Sackville Naval Memorial docked in the heart of Halifax Harbour. The Sackville is the only surviving Canadian Navy Corvette built back in 1941, to serve in WWII.

I am proud to say that my father served part of his service in the Navy during the war, onboard a Corvette before being transferred to a Destroyer. I couldnt wait to board this beautifully restored ship! 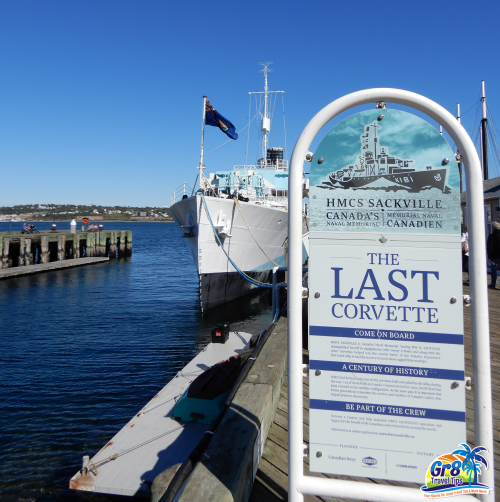 During the Second World War, Corvettes played a vital role in protecting merchant supply ships en-route to Britain. These ships were in grave danger from German enemy U-Boat attacks, and many were lost as a result. 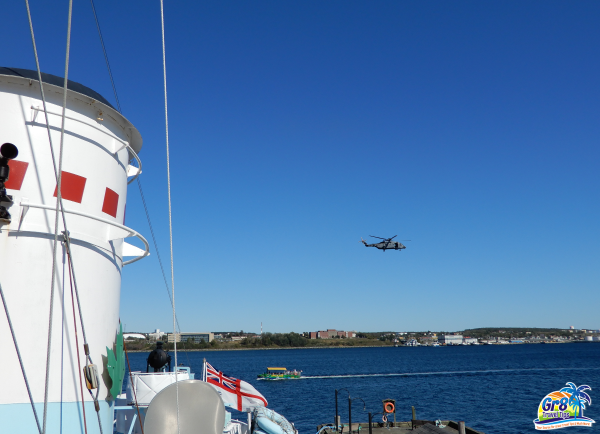 Corvettes were small, sleek and fast, which made them perfect for playing the vital role as ocean going escorts for merchant ship convoys. Over 100 of these ships were built in Canada to support the war effort in the Atlantic.

In fact, the Corvette my father served on was torpedoed shortly after he was transferred onto a destroyer for the remainder of the war. 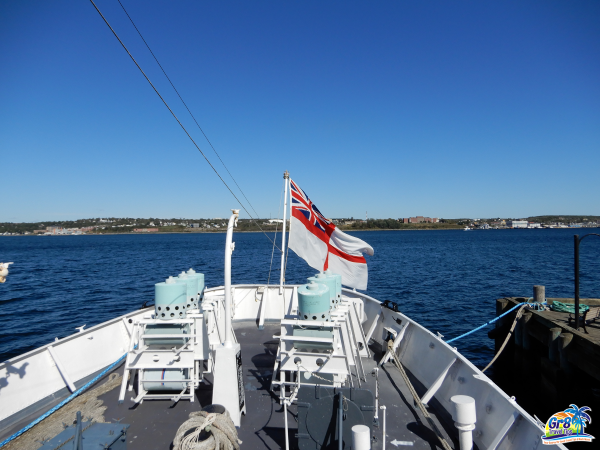 The H.M.C.S. Sackville is the only remaining Corvette Class Ship still in existence to this day, thanks to a proud group of naval volunteers. 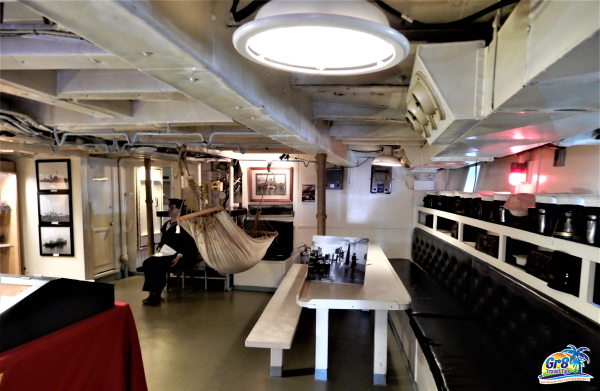 As you can see by the photographs we took on our tour, the restoration of the Vintage Vessel is amazing. Such detail into preserving and artifacts added, make this Naval Museum extra special. 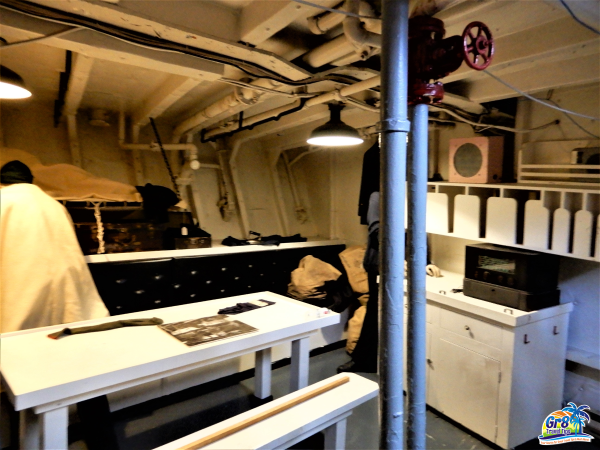 Such a wonderful tribute to those who served so bravely to protect us during those difficult years. 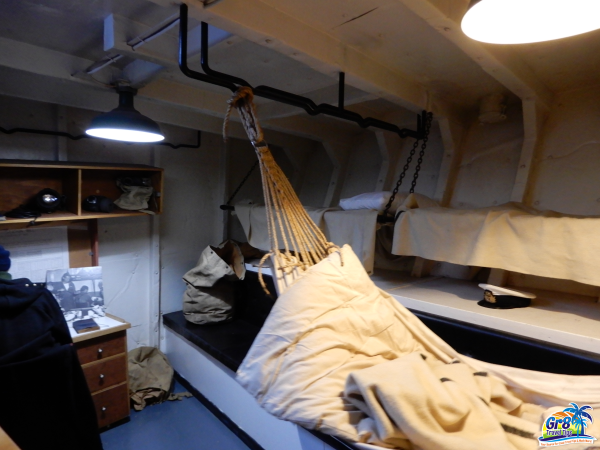 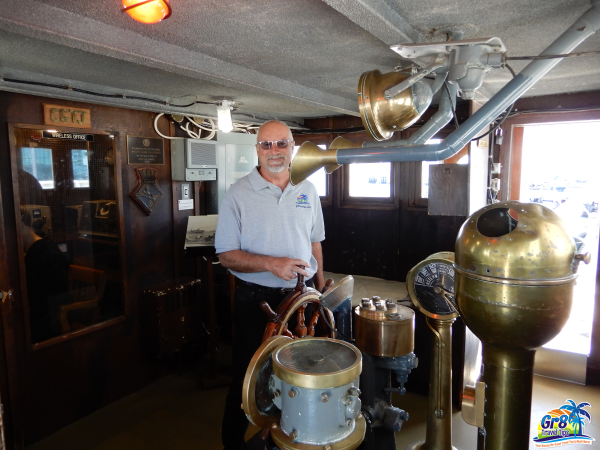 After completing a remarkable 40 years of service with the Canadian Navy, in 1982 the Sackville was officially retired. Instead of becoming scrapped, it was turned over to a dedicated group of naval volunteers for restoration.

Today, completely restored to its original configuration, it is proudly displayed in Halifax Harbour for the public to view in the summer months.

It has its own unique port, interpretation center and is manned by naval personnel as well. These men and women are happy to answer any questions you may have while touring the vessel.

In 1985, The Government of Canada declared the H.M.C.S. Sackville as Canadas Naval Memorial. 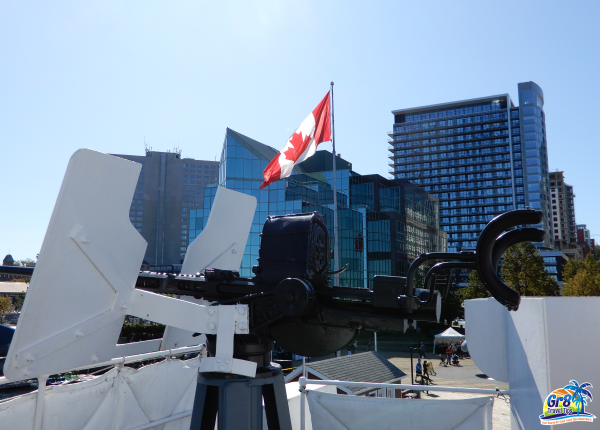 For those ship and history buffs , Ive included the ships specifications below. These were taken from the pamphlet that is available at the interpretations center as a keepsake.

For more detailed information on this Naval Memorial, Ive listed their Official website below for your convenience. If you are visiting the City of Halifax in the summer months, do stop by and step onboard this beautifully restored Naval Vessel. 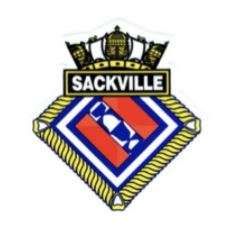 “The Royal Canadian Navy Served With The British Royal Navy In World War I and II.”
Be Sure To Follow Me & Gr8 Travel Tips!