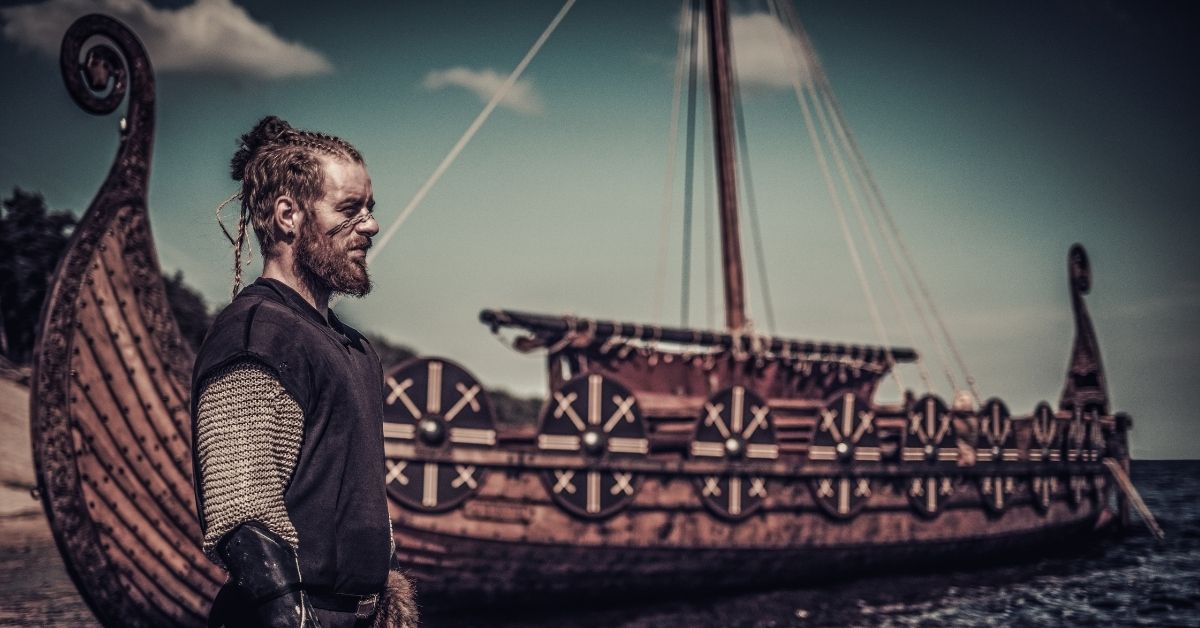 If youre only casually familiar with the history of the Vikings, you might think of them as the fearsome seafaring warriors who left their Scandinavian homes in search of wealth, raiding countless coastal sites along the way.

Since history is usually written by the victors, perhaps its no surprise that the Norsemen have been portrayed as savage heathens who pillaged and plundered their way across Europe.

But ancient archaeological sites and evidence suggests that theres a lot more to intrepid adventurers than meets the eye.

Thanks to their superior shipbuilding skills, the Viking Age (from the late 8th to the late 11th century) saw Scandinavians expanding their military, trade, and cultural presence into the Mediterranean, Middle East, North Africa, and Central Asia.

As a result, the Vikings left an indelible imprint on early medieval history, and in turn brought outside cultural influences back to their native lands.

Few Vikings are more well-known today over 1000 years after his death than Erik the Red.

Born in Norway around 950AD and nicknamed for his hair/beard color, Erik Thorvaldsson settled Greenland and fathered one of the greatest Viking explorers of all time.

THE EARLY LIFE OF ERIK THE RED

As referenced in the ancient Icelandic sagas about his adventures, Erik the Red was famous for his fiery temper.

If history is any indication, he may very well have inherited that trait from his father.

Eriks dad, Thorvald Asvaldsson, was exiled from Norway around the year 960 for some killings.

So the entire family moved west to the Hornstrandir peninsula, in northwest Iceland.

There they joined an established colony of Vikings who had fled Norway due to overcrowding and the iron-fisted rule of King Harald Fairhair (a.k.a. Harald I, the first king of Norway).

Most Viking children were primarily raised by their mothers, helping with household chores.Boys like Erik were trained in weapons and combat skills from an early age.

They also participated in strength-building sports such as spear-throwing, swimming, wrestling, fist-fighting, and stone-lifting.

By the age of 12 they were legally considered to be adults, allowed to choose whether they wanted to be a warrior, farmer, merchant, or pursue some other trade.

By the year 982, Erik had wed Tjodhilde and established a farming homestead in the Dalassla region of western Iceland.

But not long after the couple had their first son, Erik killed a man known as Eyiolf the Foul for killing his slaves, then several other men during a property dispute.

As a result, Erik was exiled from Iceland for three years, so he headed west in search of new lands.

ERIK THE RED GOES TO GREENLAND

Theres a popular misconception that Erik the Red discovered Greenland. But the Icelandic sagas suggest other Vikings tried (unsuccessfully) to settle the country nearly a century before his arrival.

So Erik is more properly credited as the first permanent European settler in Greenland, as well as the leader of its colonization.

According to the Saga of Erik the Red, he sailed around the southern tip of the country (now known as Cape Farewell) and up the western coast.

Eventually he reached an ice-free area whose majestic fjords and verdant valleys held the promise of prosperity and fertility.

After his exile ended, he returned home with grand tales of his adventures in the Green Land.

He chose the name deliberately to make it sound more attractive than Iceland, where many Vikings had endured a famine.

His salesmanship skills proved potent. In 985 Erik the Red left Iceland leading a fleet of 25 ships containing around 500 men and women, domestic animals, and other things needed to establish their lives in Greenland.

Sadly, 11 of those ships never made it. But the survivors established farming settlements in Brattahli (Eriks seat of power as chieftain, now known as Qassiarsuk) and further north, near present-day Nuuk.

During summers, the men would head above the Arctic Circle to Arctic Animals such as seals and walrus in Disko Bay.

Their society survived on Greenland for another 500 years before disappearing for reasons that remain unknown.

Today theres a museum in Narsaq, where a complete Viking longhouse believed to be Erik the Reds first settlement was discovered, with an impressive permanent exhibit on the early Viking settlers.

Erik the Red is remembered today as a trailblazing Viking explorer and the founder of Greenland.

But hes not the only member of his family who is still celebrated in Scandinavia today.

Tjodhilde and Eriks second son, Leif Erikson, came back to Greenland after a long visit to Norway, where he had been converted to Christianity by King Olaf I.

He brought with him the first Christian missionaries.

Soon thereafter they built Tjodhildes Church in Brattahli, making it the first Christian church on the North American continent.

Travelers to Greenland today can visit a reconstruction of the small church in Qassiarsuk.

But Leif the Fortunate is best known as the first European ever to set foot on the North American continent.

Though it is unknown how or why he ventured west, Erikson explored lands he called Helluland, Markland, and Vinland.

Historians believe that these may be the Canadian maritime areas now known as Baffin Island, Labrador, and Newfoundland.

In 1963, archaeologists unearthed more than 2,400 ancient Viking relics in a settlement at LAnse aux Meadows, in northwest Newfoundland.

Many historians believe that this the oldest known European settlement in the New World is proof that Vikings discovered North America nearly 500 years before Christopher Columbus arrived. Bret Love

Visiting The Chocolatarium in Edinburgh