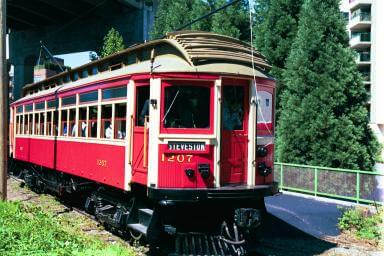 A Look At The Old Vancouver Historic Railway

What an amazing accomplishment and the streetcars were able to operate successfully once again. Have a look at this nicely done home video and take a ride on one of these beautiful streetcars!

The Transit Museum Society of Vancouver, British Columbia was established in 1986 to restore, preserve and operate historical vehicles significant to the history of public transit in British Columbia.

As a past Vancouver City Transit Bus Operator, I am excited about this achievement and my hats off to the many volunteers who made this possible.

If I was still living in Vancouver, I most certainly would have volunteered to assist in this great endeavor. 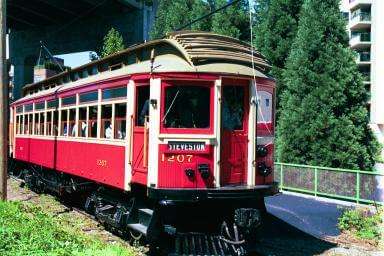 These exciting cars began operating on existing railway tracks during the weekends and holidays. The tracks ran between Olympic Village Station in the City to the Granville Island Station.

A very popular tourist attraction and local marketplace. The area is known as South False Creek in the heart of the City of Vancouver.

It is a picturesque part of this beautiful city running along the inlet of False Creek which is fed by the Pacific Ocean.

The railway began running an exclusive express service with no stops in between, making for an exciting ride for tourists, locals and in particular children!

Since service began once again, it instantly became a huge hit, especially for kids. As the train runs down the track, the conductor blows the old whistle, making children run to their parents in hopes of taking a ride on this new foreign looking train running down the tracks!

Taking A Step Back In Time

The two beautifully restored rail cars are from days gone by. The oldest was built in 1905 and ran along what was known as the Steveston lines many years ago in the South part of Vancouver. The second street car was constructed in 1912 and it used to run in the eastern part of Vancouver to New Westminster, BC.

It is exciting to see the rail cars running once again and was great for the City to bring back some of its history. I have always been impressed with San Francisco and their street cars and other historic attractions they have for tourists and locals alike.

Unfortunately the Rail Service has been suspended by the City due to budget restraints. It is presently in search of corporate sponsorship in hope of running once again!

I am sure the Transit Museum Society will make this happen one day soon and the service will be proudly serve one day soon.

I’ve included a few website links below, where you can check out some old photos transit photos taken in Vancouver years ago. As well, be sure to visit and explore the very popular Granville Island Marketplace while in the City!

📰   Reasons Why Vancouver Tourism Is Soaring